Our September Fotoposa meeting was scheduled at Barbara’s house. We were going to do portrait photography and have a potluck lunch. Of the seven in our group, four of us ladies attended. Conveniently, Barbara lives just down the road from me, walking distance. But with a salad and camera equipment in hand, I drove the quarter mile to her home.

During lunch, Barbara told us that she was moving to Arizona at the end of October. She is 91 years old and lives alone. Her new home will be just a mile from her son which is much safer than living in the country by herself. Our small group of seven was losing a member. Oh, two members! Linda also mentioned that she is moving around springtime 2023. Soon Fotoposa will be a group of only five.

With news about the moves, we forgot about portrait photography and instead talked throughout the afternoon. Luckily, I brought my tripod and snapped a couple of photos before I left.

Sadly, not long after I took these photos, Barbara had to give away her beloved Brittany spaniel, Blue. She could not bring him to her new apartment. Instead, she found a good home with people who love him. 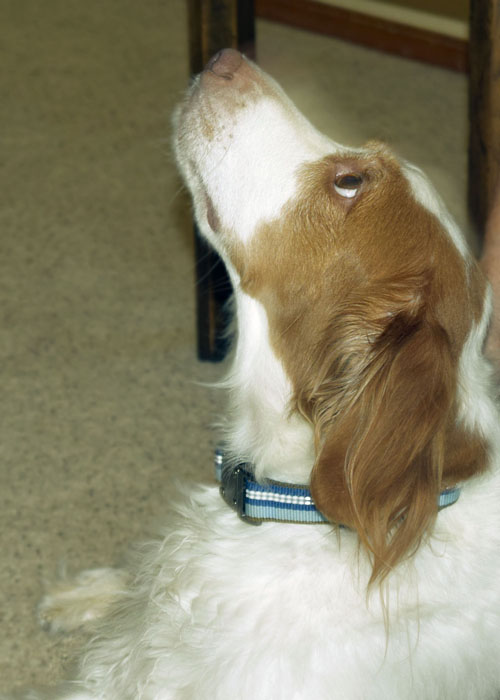 Until next time, happy shooting.